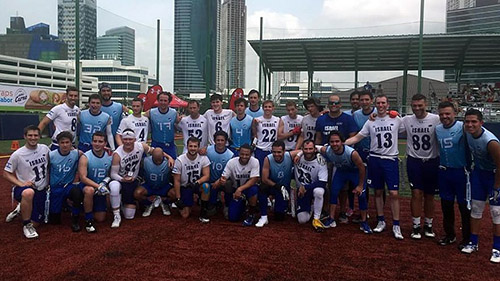 While neither team medaled at the tournament, the men’s squad just missed making the podium with several close losses, finishing in fifth place. The women’s team also had several close games, which came down to the wire but ended up with a 10th-place finish.

There is a silver lining though, as Leibowitz was proud note that in Panama, it was announced that “Israel was chosen to host the European Championships [of flag football] next year in Jerusalem. We are very excited about the opportunity to show off our country.” Read Moe via JewishPress.