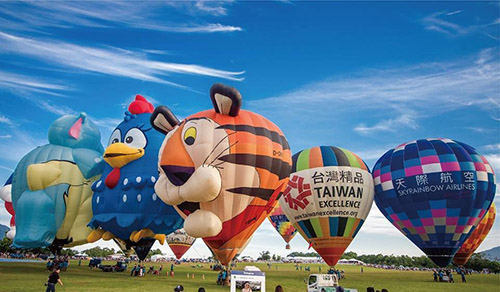 Now in its eighth year, the annual hot air balloon fest features a record high 39 “participating balloons” and boasts the longest period – more than 40 days — compared to past events, Huang was quoted by the Central News Agency as saying.

Visitors can anticipate a bunch of novelty balloons in flight resembling characters from animation films such as “Up” and “Minions,” as well as ones styled like bulldogs, Orient Express trains, and more. Read More via TaiwanNews.